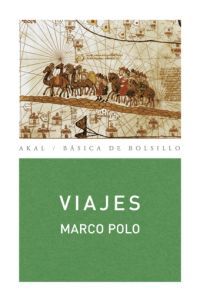 So much has been written on the subject of the celebrated Venetian traveller of the middle ages Marco Polo, and the authenticity & credibility of his relation have been so well established, that it is now quite unnecessary to enter into this part of the question- but the reader of the following translation will doubtless be desirous of learning something more about the author than is found in the narration of his adventures. We are informed by the Italian biographers, that the Polos were a patrician family of Venice, but of Dalmatian extraction.

Andrea Polo da S. Felice had three sons, named Marco, Maffeo & Nicolo, the two latter of whom were great merchants in a city where the profession of commerce was anything but incompatible with nobility. They were probably in partnership- & about 1254 or 1255, they proceeded on a voyage to Constantinople, between which city & Venice the commercial relations were at this time very intimate...